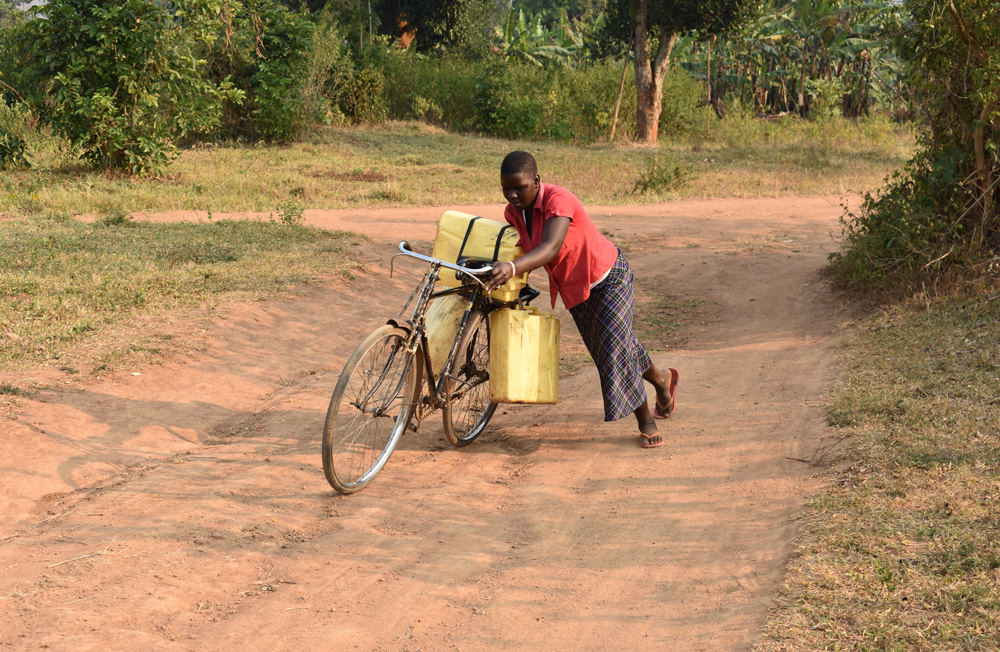 Fatuma lives in the village of Kiziiko in central Uganda. Like many young women, she is responsible for collecting water for her family.

Such a task used to be an extraordinary burden. The nearest water source was over two miles away from her home. Even with her bicycle, it would take three to four hours to ride to the water source, wait in line to use the hand pump, fill her jerry cans, and ride back home with her heavy load of over 100 pounds.

To make matters worse, much of her return journey was uphill, requiring her to get off her bicycle and push it.  She would return home exhausted.

This was a daily chore for Fatuma.

Following the construction of a solar powered water supply station in Kiziiko by Water Compass, Fatuma’s immense burden was lifted. “The new water source has changed my life!” exclaims Fatuma.

She now only spends ten minutes to collect water, compared to hours previously.

The water station is close to her home, and she no longer waits in line because there are multiple taps at the water station which fill her jerry cans quickly. And due to the water stations location on a high point in the community, Fatuma easily glides downhill on her bicycle with her full jerry cans, returning home in no time.

"I no longer spend all afternoon collecting water. I go whenever I want, because it’s so quick.”

When asked what she does with the extra time she now has, Fatuma smiles and says “school work.”